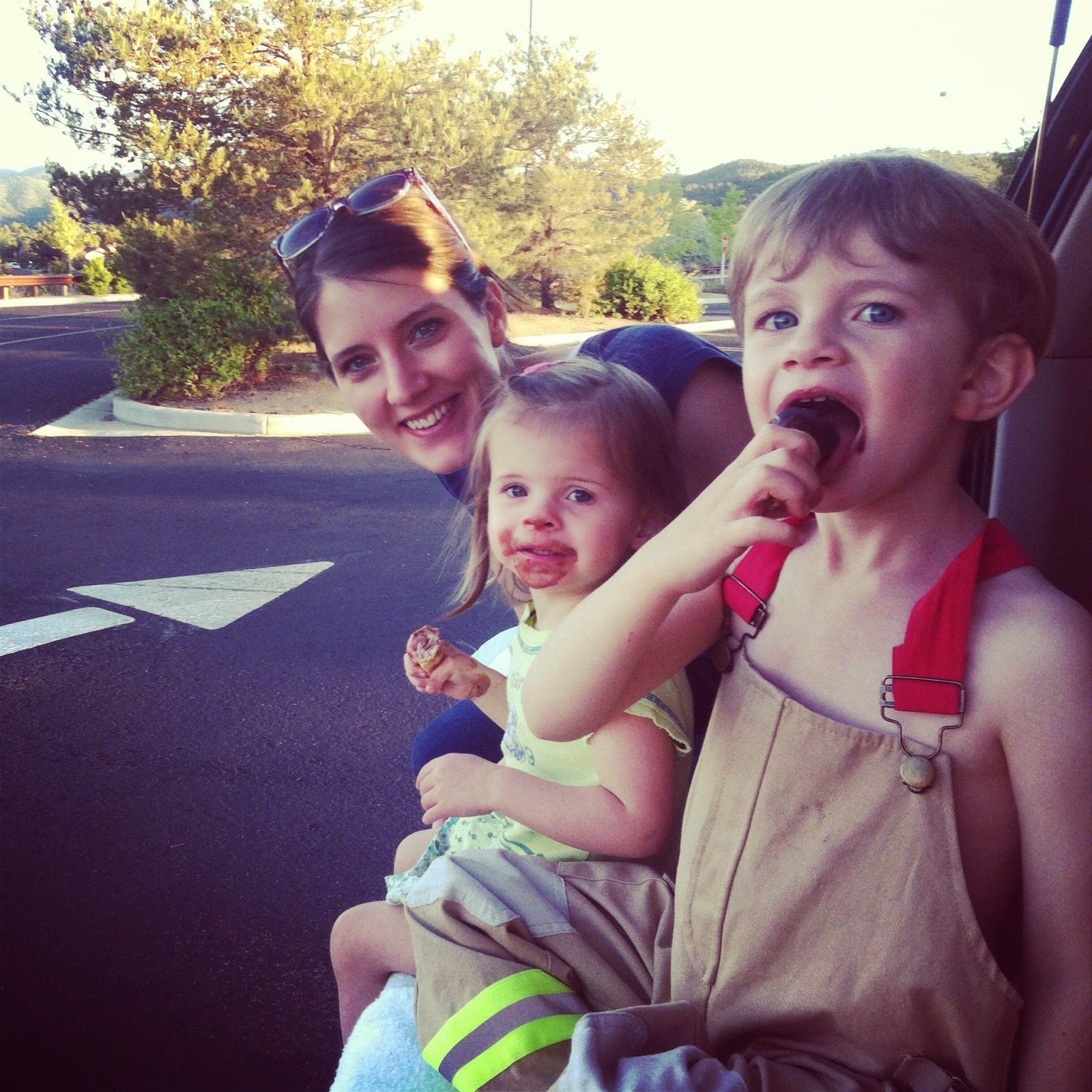 This picture just swells my heart with joy. Those little chocolate faces, the red straps, the warm spring breeze (that quickly turned chilly after we ate the ice cream ;)

Some nights when John gets home we try to do something to burn that hour-energy before bedtime. some nights we declare an adventure and drive through the hills. This particular night the kids were bathed, each wore an outfit of choice and we were off to get ice cream from Trader Joe's.

I didn't really think about Jack not wearing shoes as we left the house. We wouldn't leave the car after all, right? 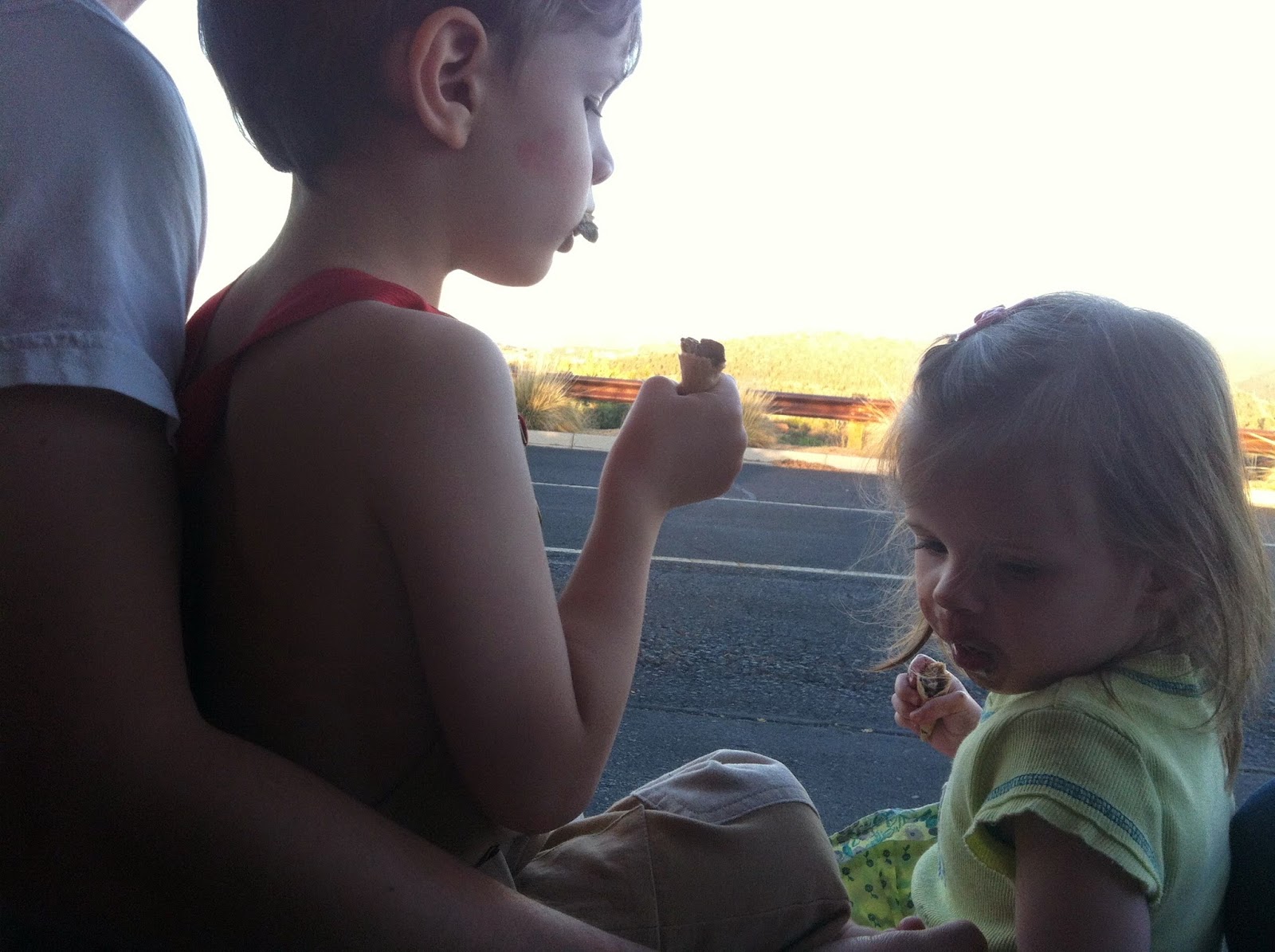 And there we were. In the mall parking lot, full of prom attendees and busy folks. We parked at the top of a hill and watched the sun set and the clouds move. It was beautiful. 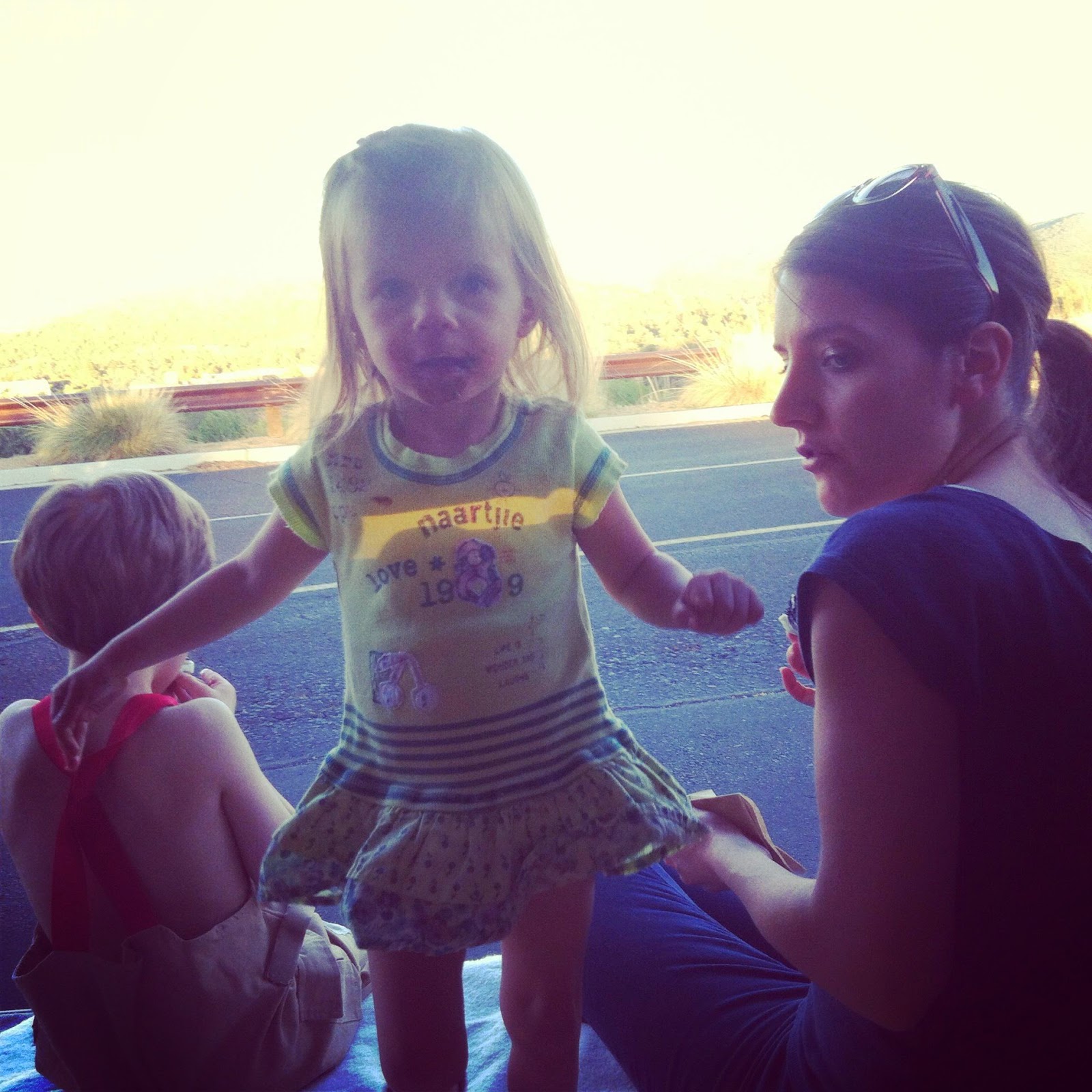 Of course it lasted all of about 10 minutes before Z wanted to go explore the back of the cruiser and Jack declared that he was freezing and needed to go peepee.

So, in true mama-bear form, I whisked him from the car, shoeless and in firefighter gear to the ladies room. Something he despises, by the way. He isn't a girl, so why should he go to the girls room? It's always a fight.

So, despite my best efforts, I had to put his little bare feet on the ground (gross!) and let him go. As well as wrestle under his coat to get those suspenders off. No easy feat, folks.

He giggled the whole time and wanted to blow dry his hands after he washed them. Why of course, buddy.

I wondered as we raced through the crowded restaurant why people kind of looked at us. Could it be that we used the bathrooms even though we hadn't eaten there? (sorry Roadhouse) no, it must have been the gear. Or a barefoot four year old.


Posted by from mel at 3:30 PM No comments: Links to this post

Today on the way to church Jack asked me a very serious question. 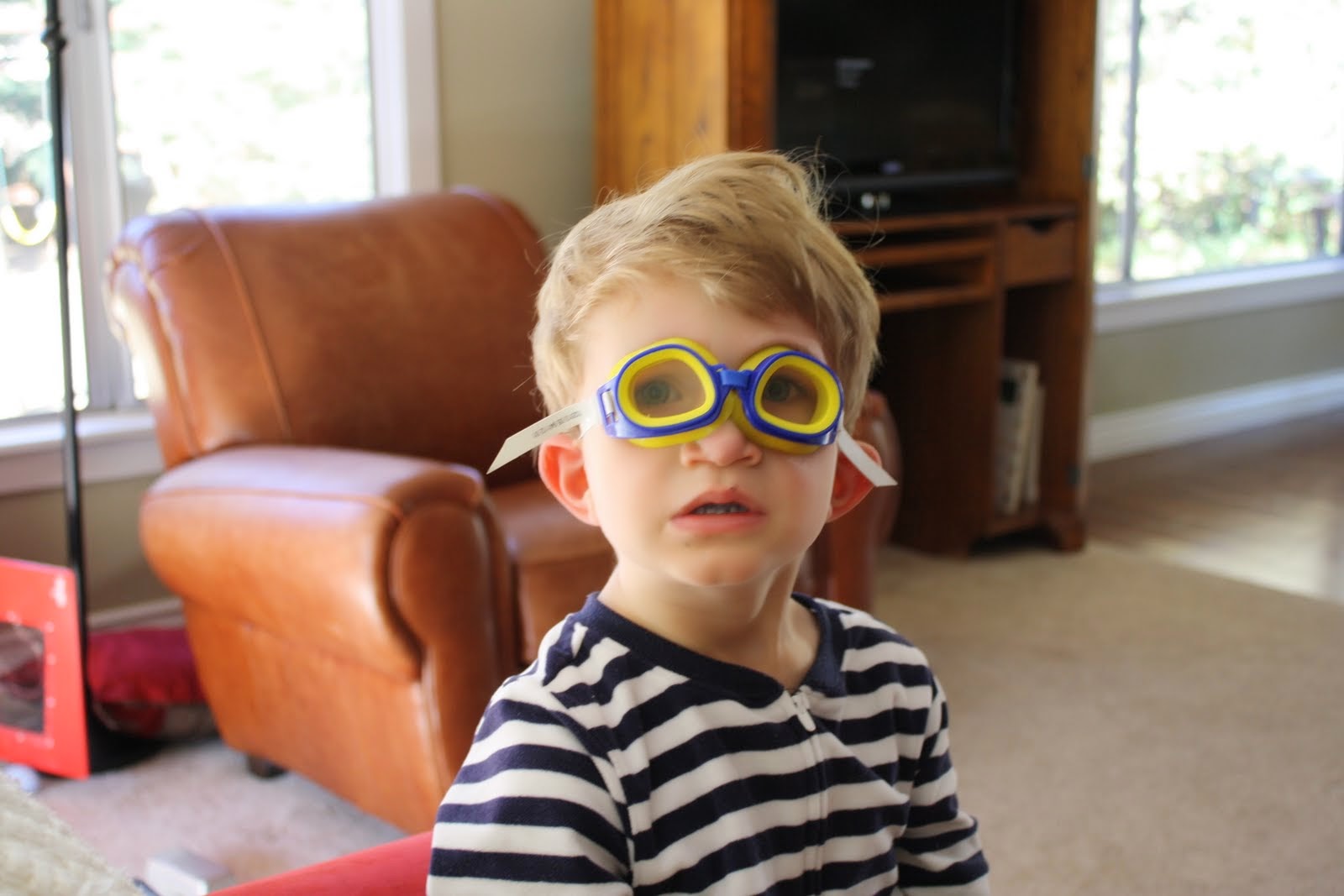 "Mom, what is a fixer-upper?" Like most of the world, we've been watching Frozen since Christmas and like his mother, Jack obsesses over a song, one song at a time. Never more than one, mind you. First it was, Do You Want to Build A Snowman? THEN Let It Go and now, Fixer Upper.

(for those of you who haven't seen it, here ya go.)


When he asked me that question I knew it was an opportunity to explain my not-so-awesome mommy behavior earlier that day. I thought it might be a teachable moment for our little guy. 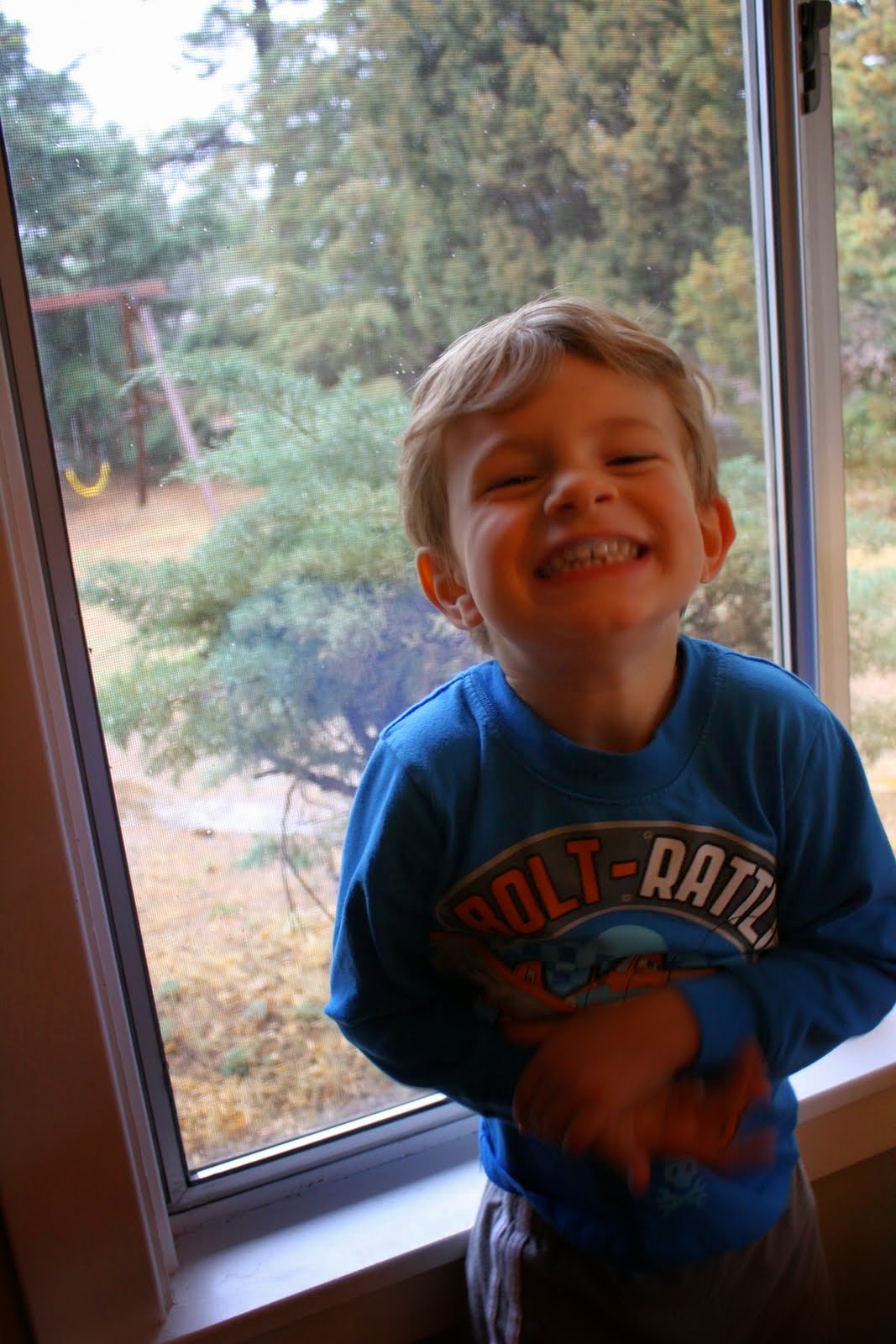 "Well, it means that we're not perfect, that we need a little work done. We're all fixer uppers, buddy. That's why mommy sometimes loses her temper…she's a fixer upper too. That's why I need Jesus." 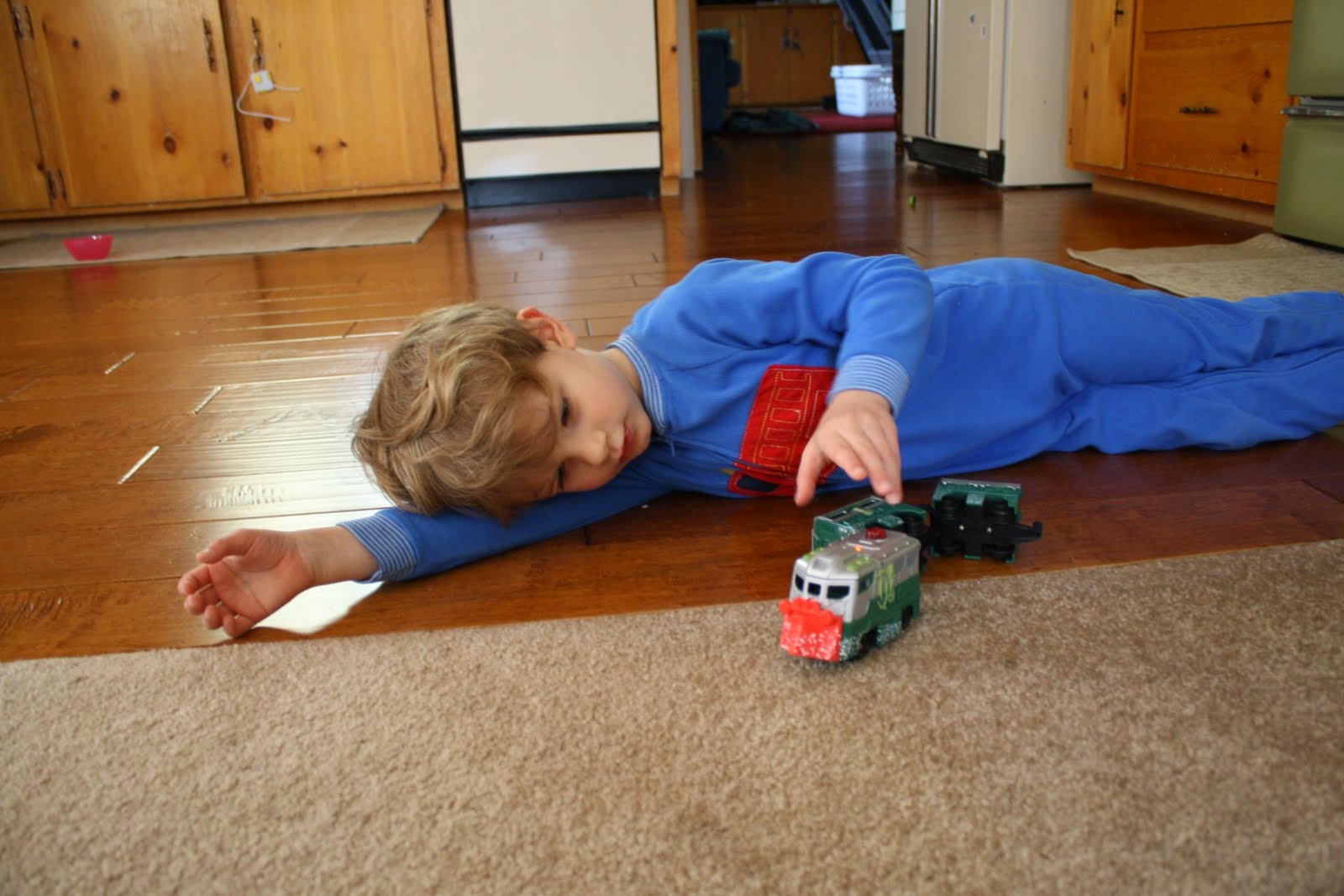 He thought for a minute. 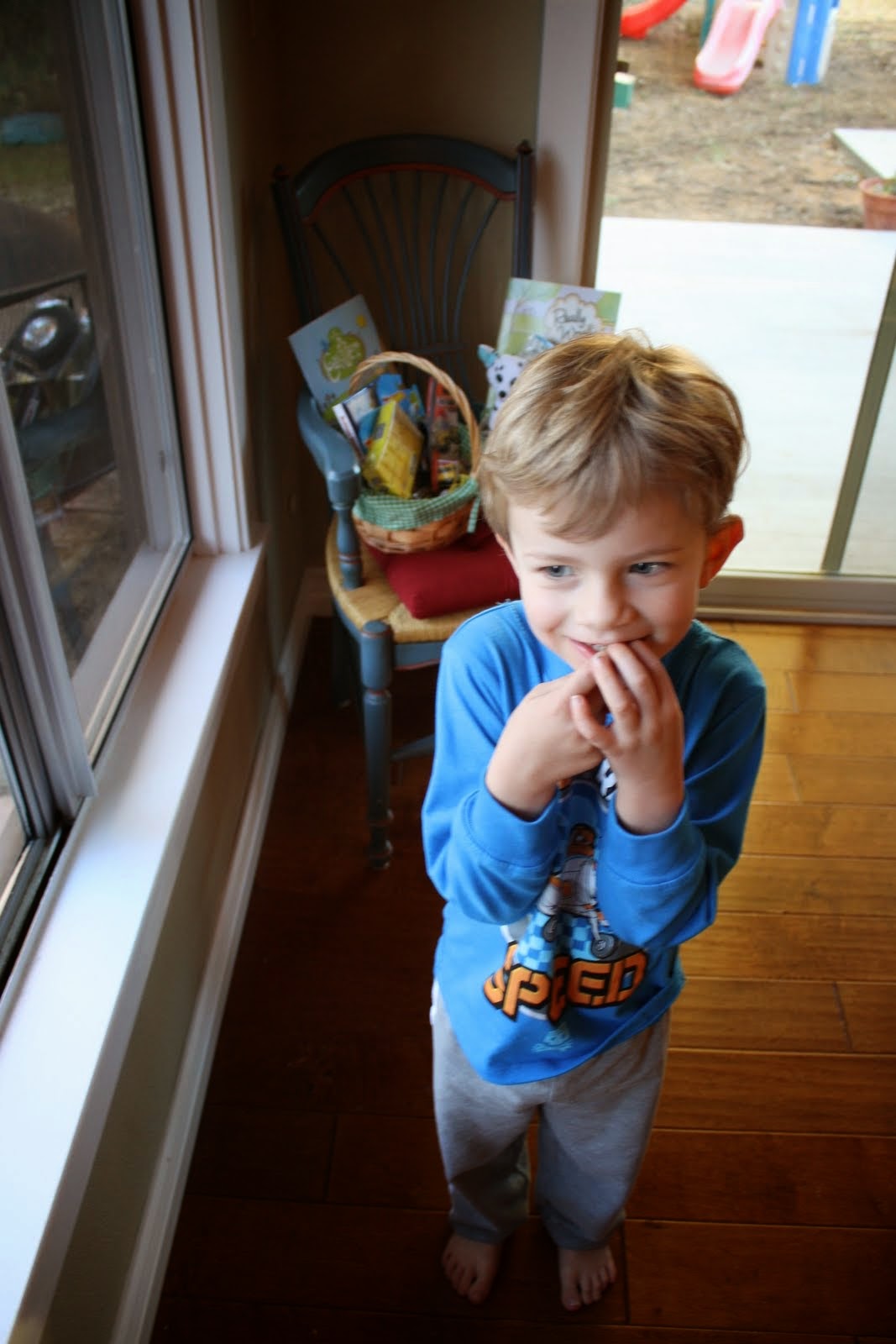 "Daddy isn't really fixer upper because he only yells sometimes, but you yell more, right mommy?"

"Well, um, yes. But mommy is home with you more and maybe if daddy were home all day he might be more of a fixer upper too."

He took that answer just fine and we continued to talk about needing Jesus to fix us so we can be more like Him. I told him every one is a fixer upper from the time they're born since they need Jesus to fix them.

Jack then asked a series of questions about why Kristoff was a fixer upper. I tried to explain that he lived by himself and he didn't have many friends (to which he replied, Yes he did! The fixer upper troll friends!)

It was a really funny moment over all. Never risk a chance to give a Jesus example through a Disney movie!
Posted by from mel at 2:38 PM No comments: Links to this post

I saw this first video a couple of days ago and just loved what it stood for.

It reminded me of this movie, which came out in the fall of last year (SUCH a good movie, by the way.) They go together nicely, I'd say.

Posted by from mel at 4:02 PM No comments: Links to this post

my little man started one day a week of pre-school.
because, like his parents, this guy is social and loves to learn.
his teacher is a kind, loving woman who has known him since he was a tiny baby and wouldn't let any one else hold him but mom. she was the only one in the nursery who could get him to stop crying.
she got him.
i'd be lying if i didn't say that was my main reason for putting him in school in the march. i didn't want him to miss a little time with mrs. johnson.

he loves going to school and loves doing little workbooks and getting prizes and playing with his buddy casen on the playground. he loves to learn, like truly loves it, and as much as i miss having him home (yes, even for that morning once a week) i know it's time. 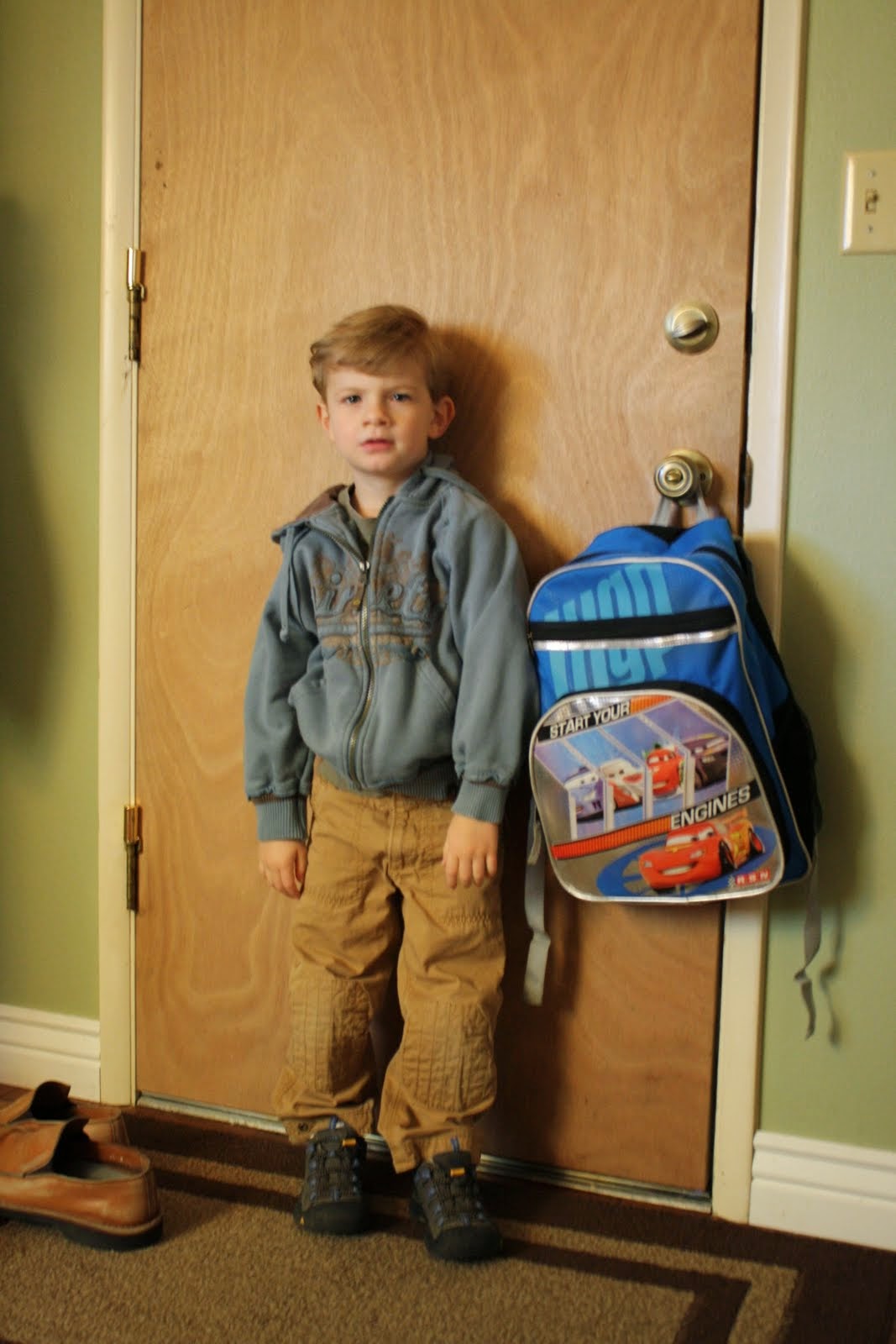 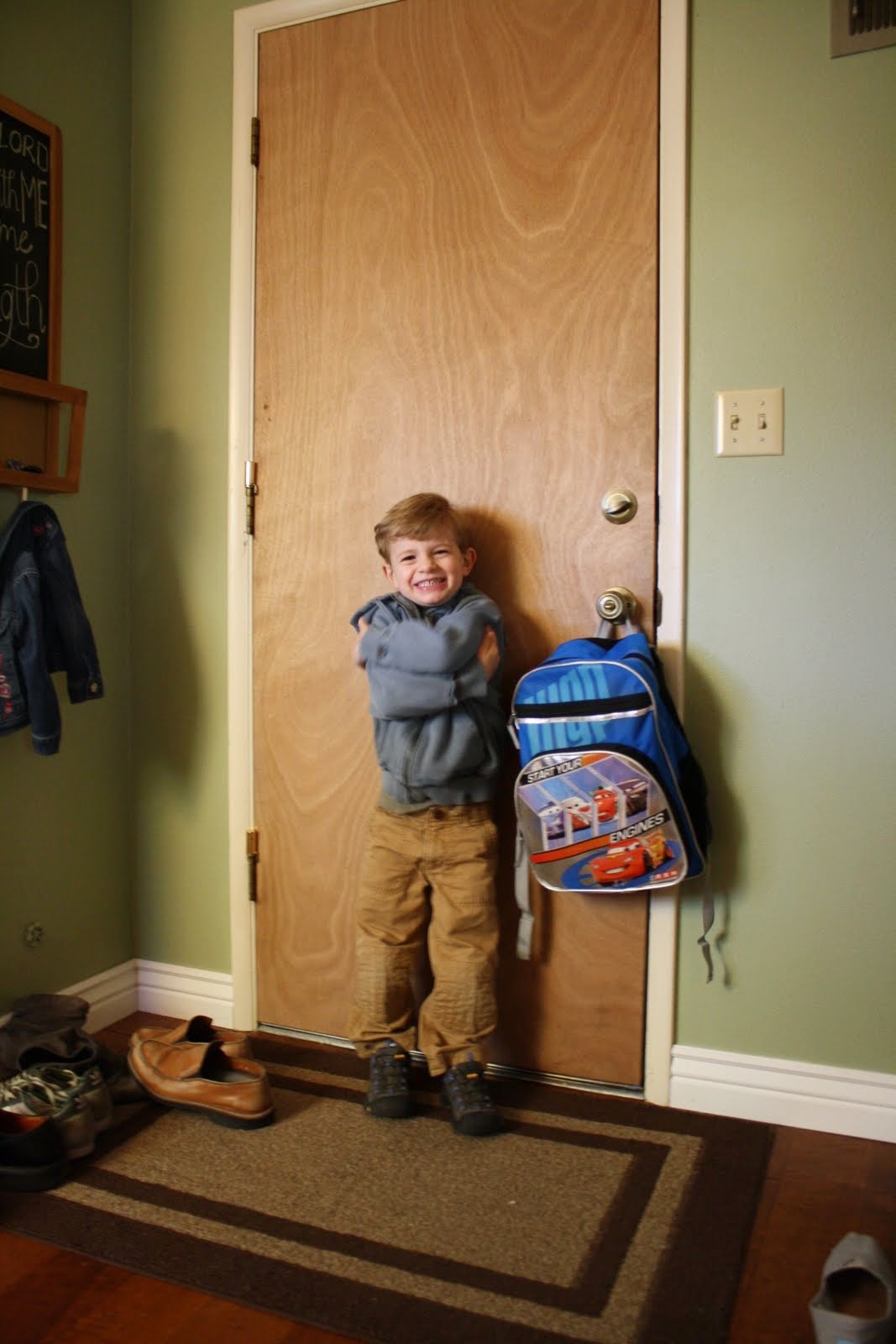 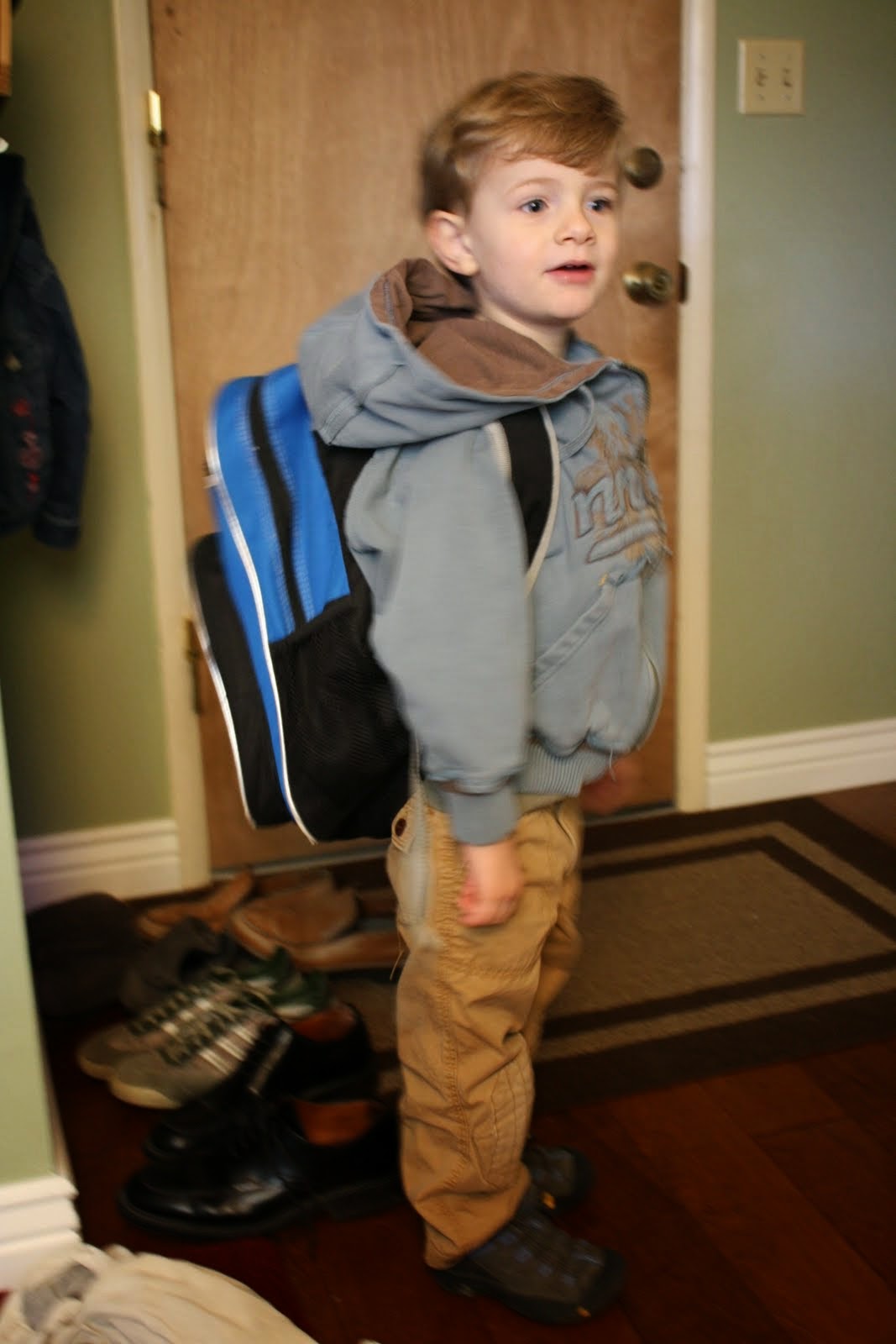 but, come on. where did my baby go?

i wish i knew him then like i did now. i wasn't yet convinced that they are who they are even at 1 and it's just helpful when they turn four and can tell you all the hundreds of things they've had going around in their mind. 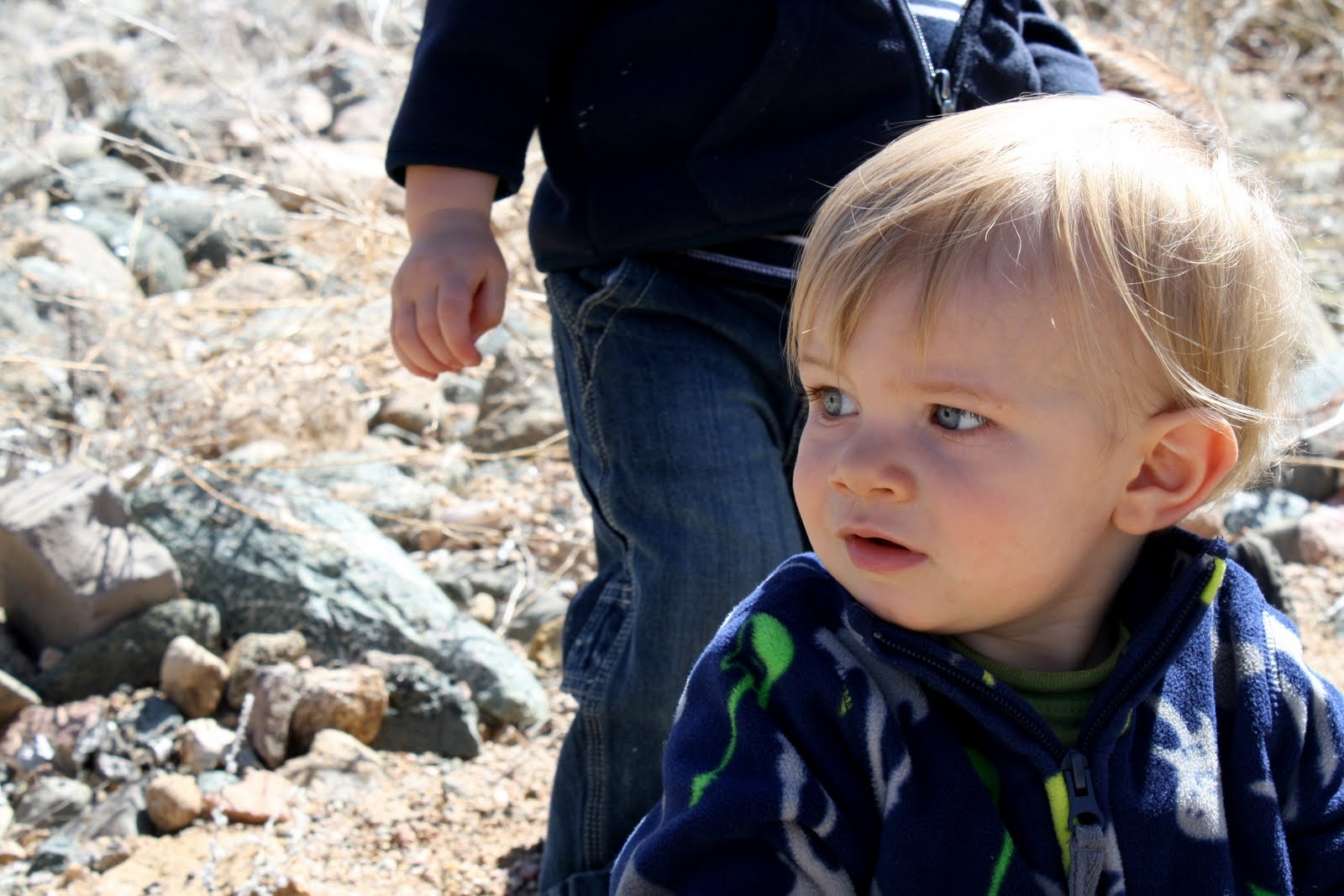 and now he asks to look at the moon and stars and lay on his floor before bedtime. he wants to know how big the sun is and how big the earth is and how it's round and if it is than why is our house flat. he wants to know about trees and cars and trucks and boats and how they all work and what makes me them go. i can't believe he's held these questions in for this long! ;)

and the boy loves to pretend. he could run his cars around the house all day and make "ahh" falling noises and crash them into the wall or each other or his sister. (depending on the day) 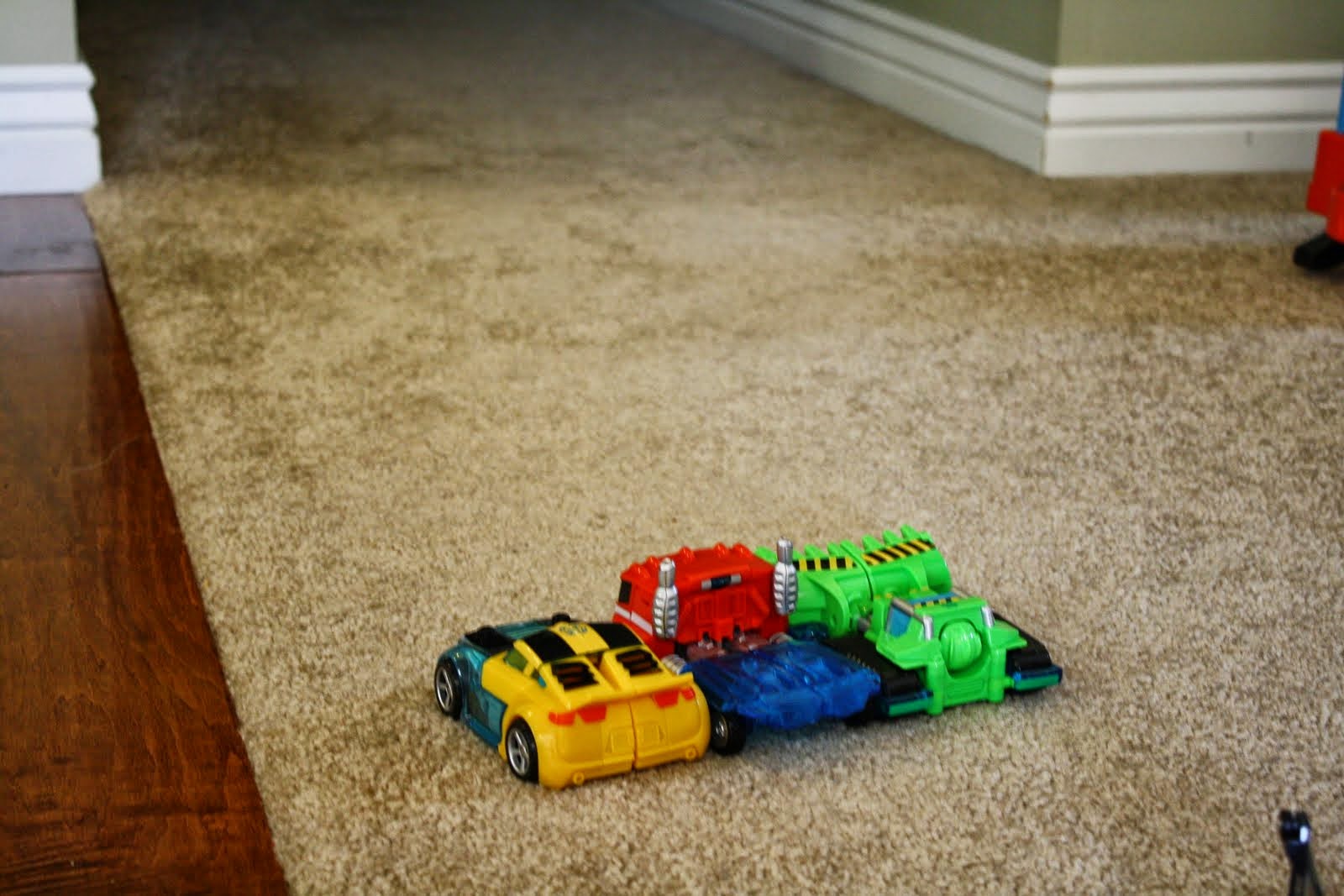 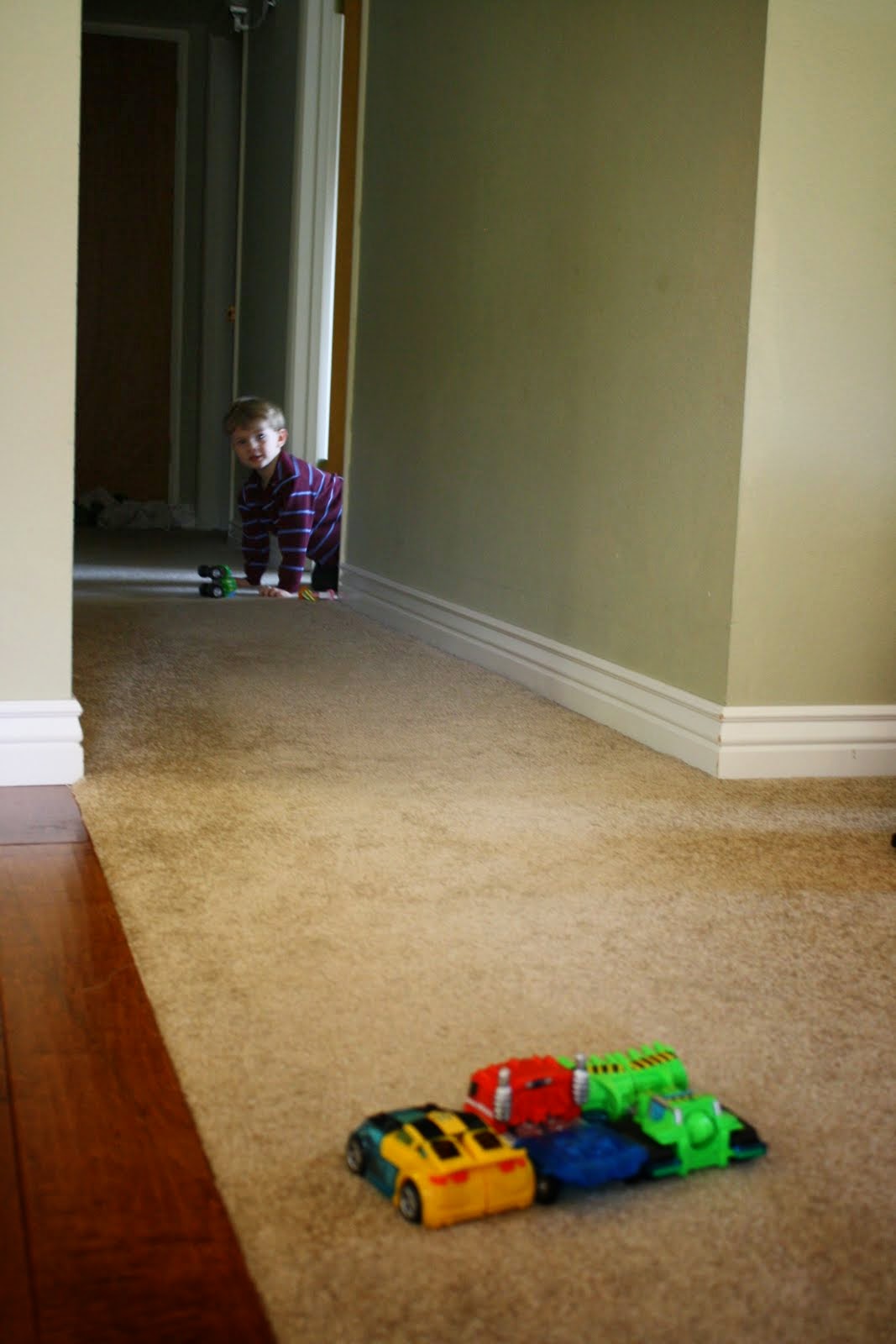 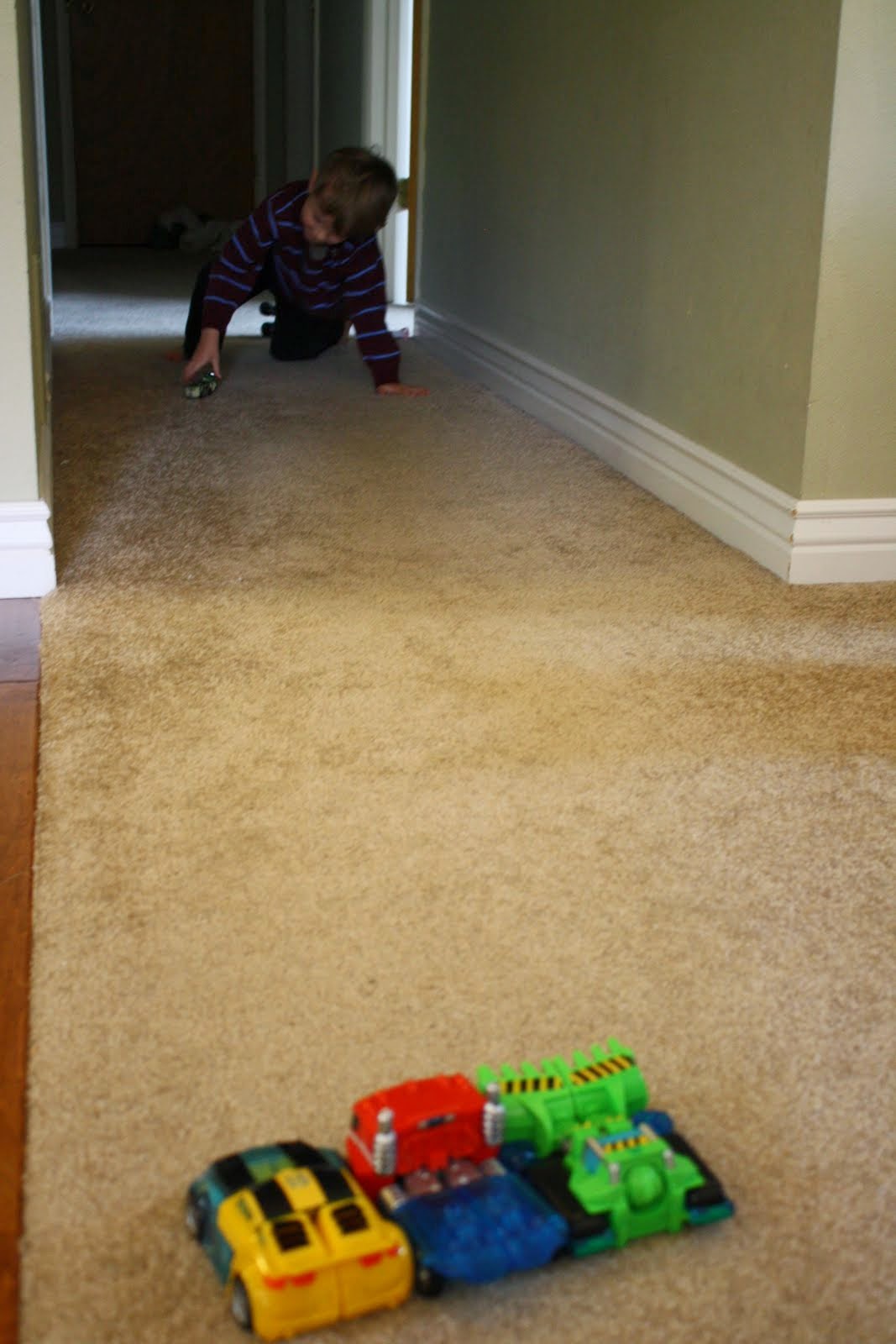 i really love this age and i love discovering more and more of who he is. 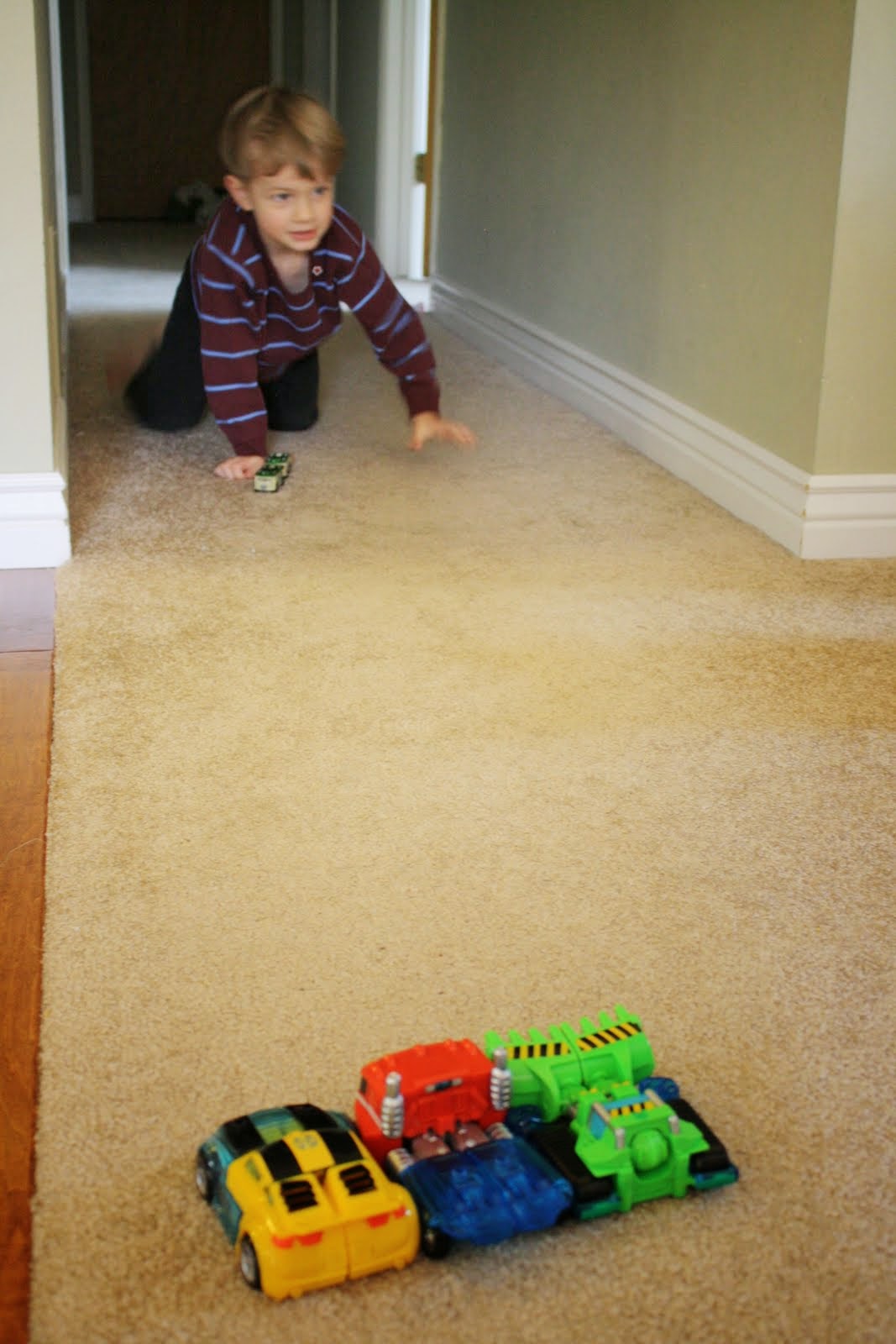 i love you, jackboy.
Posted by from mel at 9:19 AM No comments: Links to this post

WANT TO HELP US BRING HER HOME?

find us also at

from mel
a child of Jesus, wife to a pastor, lover of John, mom to Jackboy and Zoey bird. i love dreams. friendships. autumn. summer nights. the smell of fall. being a mom. being with friends and family. being apart of the Body and serving Christ. 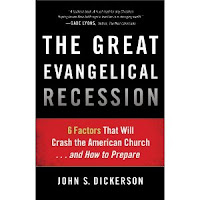 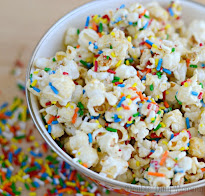 WISH I WERE AS FUNNY AS MINDY AND PETER